What’s going on here and there

A little break from API design series, to share some news. I was again invited to be a media partner of JDD – a Java conference that will take place at Nowohuckie Centrum Kultury in Cracow, on October 8-9th. As a result, I will have for all of you not only a 15% discount code but also one entirely free invite. If you are curious about last year’s details, have a look at what was going on day one and day two.

What new at JDD this year?

One of the JDD 2018 goals is consistent and rich in content program, which was prepared by CFP ideas and JDD Program Committee suggestions. The schedule includes  Spring, Serverless, Reactive Streams, GraphQL, REST API, Reactive Programming and Java, Java 8, Java 9 i Java 10, of course! “Meat and practice” – live coding, case studies – this is what you can expect from JDD this year. Furthermore END_OF_DOCUMENT_TOKEN_TO_BE_REPLACED

Posted by gvaireth on September 5, 2018 in Events, News, Technology

After summarizing the first day of the JDD conference in the last episode, let’s traditionally move on to day two. I was able to attend almost seven talks, most of them very interesting (technically after-party ended after midnight, so it count as part of both days…)

Since it was the only talk on that hour, I’m assuming it was a keynote. More of a show than the talk actually. Neil, an artist coder, introduced a new definition of Live-coding, where various forms of audiovisual performance are created on the fly through writing code. Each line of code might END_OF_DOCUMENT_TOKEN_TO_BE_REPLACED

Posted by gvaireth on November 12, 2017 in Events, News, Technology

As mentioned in episode 82, I was recently invited to attend JDD conference in Kraków, and make a little bit of noise on social media and my blog alongside. We had pre-noise, it’s time to transition to post-noise otherwise known as the conference report.

Quick facts: Kraków Expo building, two days, four concurrent tracks, around a thousand people from Java world, marvelous after-party and overall lots of fun. The weather kinda sucked, but what can you do. Upon arriving, the girl at the reception ringed me with a black bracelet and gave me a quick briefing for speakers. Actually, I was there to write, not to speak, so let’s get to the first important part: the talks.

I haven’t seen Kotlin before, so I’ve decided it’s time to take a look at the offspring of IntelliJ IDEA’s creators. Especially, since it’s now one of official languages for Android, as well as one of languages supported by Spring 5. Tomek went through END_OF_DOCUMENT_TOKEN_TO_BE_REPLACED

Posted by gvaireth on October 30, 2017 in Events, News, Technology

In the previous episode, I promised you a detailed guide to passing AWS Developer and Architect certifications, but there is something I wanted to share with you first. How To Train Your Java was recently invited to be a media patron of JDD conference – a Java event that is going to take place October 3-4 in Kraków, Poland. Today we are going to check what is to be expected there. If you would like to attend, there will be an opportunity to get a discount on tickets or even get one free. Keep calm and read on.

JDD is a two-day conference, which is developed in cooperation with leading Java specialists in Poland. This year more than one thousand professionals will meet at EXPO Kraków conference center to participate in presentations and workshops END_OF_DOCUMENT_TOKEN_TO_BE_REPLACED

Posted by gvaireth on September 25, 2017 in Misc, News, Technology

Two weeks ago we have covered first day of Geecon 2017 Kraków conference, day two was week ago. Now it’s time to take a closer look at third and final day. I’ve managed to participate in five talks this time.

“Codes like a class, works like an int” is the idea behind project Valhala – value types, the next big thing planned for Java after lambdas and modules. Objects have variable state and reside on heap, while values are immutable and reside on stack. The main benefit is ability to create rich domain models while retaining the high performance of primitives. Value types definition will be END_OF_DOCUMENT_TOKEN_TO_BE_REPLACED

Posted by gvaireth on June 8, 2017 in Misc, News, Technology

Last week went through stuff from the first day of Geeon 2017 conference, which took place between 17th to 19th May in Kraków. Today we will continue and cover seven talks I’ve been to on day two. There will be a lot of reactiveness, events, architecture, APIs, security and some pretty low level topics.

Command query responsibility segregation, event sourcing and event driven architectures are typical buzzwords on conferences nowadays. Jakub introduced the idea and confronted the approach with relaying on object-relational mapping to do the job. There was quite a lot of live code and Hibernate guts debugging. We heard stories on how Twitter almost collapsed in 2012 due to using the same models for writing and reading data and how to lose a girlfriend due to different projections of event log in the relationship. END_OF_DOCUMENT_TOKEN_TO_BE_REPLACED

Posted by gvaireth on June 1, 2017 in Misc, News, Technology

As I’ve mentioned in the previous episode, I was attending a conference. Geecon 2017 took place between 17th to 19th May in Kraków. There were four tracks without explicit categorization, roughly 80 talks and 1200 people. The focus was mostly on Java with a pinch of soft topics, agile and similar stuff. It was the ninth edition, which took place at cinema complex about 5 kilometers from the city center.

I’m a car person. Apparently, I have a train curse. Whenever I take a train, it is either significantly delayed, or breaks down in the middle of nowhere (hi Pyrkon 2013…). I was a bit hesitant to test the curse, and it still works to full extent, but more on that later. Let’s get down to business and review what I was able to grab from the event.

On day one, I’ve attended seven and a quarter of talks. A quarter, because one was so weak, that I’ve left after 15 minutes and started to wander mindlessly in the sea of conference sponsors. Let’s skip that one and see what good was out there. This will be a content-dense ride.

The Story So Far and The Road Ahead

It’s time to do some summary of my writing up to now and lay down plans for 2017. Usually people write such articles at the end of December or beginning of January, but my article about the Hobbits journey through layers of abstraction grew a bit longer than I’ve initially anticipated and I didn’t want to interrupt the series. So here it is, in the second half of January: The story behind How To Train Your Java, some numbers, summary and further ideas.

Every story has to begin somewhere. Let’s list some milestones the blog went through from the very beginning. One day I’ve decided, that I want  a blog. With a dragon, because why not. 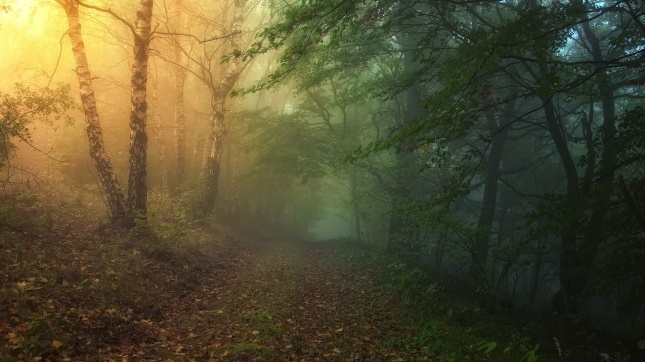 END_OF_DOCUMENT_TOKEN_TO_BE_REPLACED

Software Talks is a recurring event organized by PGS Software, consisting of tech talks, beer, pizza and a lot of fun. Some time ago I wrote about the two September editions in Wrocław and Gdańsk, in which I took part as a speaker. On December 8th there was another event, this time in Rzeszów, a city located in south-eastern Poland. I was a speaker for the third time in a row, but for the first time with my colleague Tomasz Zieliński, who recently made a lot of noise in Polish banking environment, preparing a report, which exposed several critical security issues and other major problems in their mobile banking applications. If you read my article about working for different types of companies, you might have noticed that I’m not a big fan of banks’ approach to software development, so I’m going to elaborate on Tomasz findings without mercy.

Last time on Software Talks I spoke with Piotr Konieczny, Polish security expert. This time there was an idea to focus more on Java / software development topics, so I was on a mission to find a second Java speaker. I found one, but at the last moment some issues appeared and he couldn’t make it, so his place was taken by Tomasz, who is actually our Android expert.

It was kind of a busy week for me, as I was three days in Berlin with our client, arrived in Wrocław on Wednesday evening, and an hour later I was in a car with END_OF_DOCUMENT_TOKEN_TO_BE_REPLACED

Posted by gvaireth on December 15, 2016 in News, Technology

On November 25th I attended a small conference organized by Future Processing in Gliwice. We get there, me and my two friends, in less than two hours of driving from Wrocław. The conference was held in a really lovely building within a complex of Upper Silesian Agency for Entrepreneurship and Development. Few hundred developers gathered for a single track composed of 11 talks 25 minutes each and finally a special guest talking for an hour.

At the end, there was an after party in a nearby bar (called “progress bar”, how cute!) with three discussion panels, food and beer.

Talks were grouped thematically into categories composed of two or three each. First were architectural ones, then frontend, cloud and finally big data. I decided to write more about few sessions I liked the most and to take liberty at titles translation, if required. Let’s start with END_OF_DOCUMENT_TOKEN_TO_BE_REPLACED

Posted by gvaireth on December 1, 2016 in News, Technology