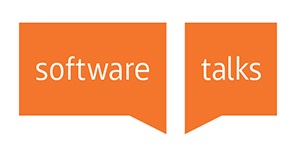 Software Talks is an event hosted by my company, PGS Software, in three cities in Poland where we got our offices: Wrocław, Gdańsk and Rzeszów. The idea is to meet, share knowledge, talk about various aspect of software development and IT in general, drink beer, eat pizza and have fun. I’ll tell you the story of how that happened this time. And the story of my first truly public talk.

I joined the company just two months ago, and few days later I’ve read an email from HR addressed to Java team asking if anyone wants to be the PGS speaker at Software Talks. I thought “what the hell” and responded. Apparently I was the only one to do so, thus I became the first speaker. The other guy turned out to be guest star Piotr Konieczny,  founder of Niebezpiecznik.pl, well known (think 100 000 FB followers) Polish website / company with web security content and trainings. 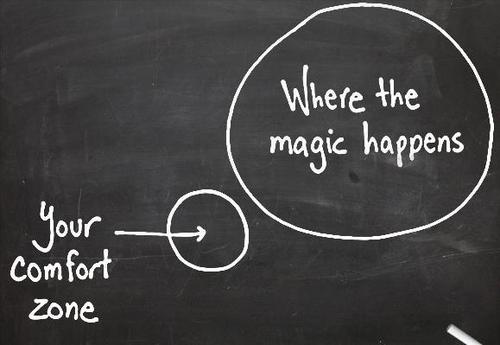 I was actually waiting for my project to start at this time, sitting on so called bench, so I had a lot of time to prepare the presentation. I also got professional support from our HR about public speaking which was really cool. There was a lot of rehearsal and conversations like: “Paweł, what you just said was stupid. Why did you said that? – I don’t know, I’ve just said that… Ok, let me rethink.” or after submitting version 16 of slides: “Paweł, version 7 was great already! Man, are you getting nervous or what? Relax”. Thank you Natalia, you are my hero!

First event was scheduled in Wrocław on September 22 in Mleczarnia club for up to 150 people. It quickly turned out there is not enough space so we get a hall at Wrocław University with capacity of roughly 250. So far so good. But when Piotr posted on FB that he will have a talk in Wrocław, our people list has grown quickly from 200 to 600 people before we shut down subscriptions. I’ve noticed the visitors spike on my blog then, all coming from the event website, and wondered if our marketing did some advertisement campaign or something, but no, there was a single FB post reaction accounting for two days of my usual traffic within an hour.

Since Wrocław is my home city, a lot of my friends attended the event, from my school, university, and previous jobs. Some of them I haven’t been in touch with for a few years, good to see you guys and thanks for coming :) After the main event we hit Wrocław square pubs to get more beer. I remember that around 2:30 AM I stood up and said something like “Listen here people, I got to work tomorrow… And I got some meeting early, I’ll call it a night” and headed home. Five guys were left however, still drinking there.

A week later, I got back from our client’s office in Berlin where I  spend three days, got some sleep and few hours later had to be ready for trip to Gdańsk. I anticipated  I will be too tired to drive so I scheduled a train, but it turned out our front-end head had to go to our Gdańsk office unexpectedly, so he called me and gave me a lift. Highway from Wrocław to Gdańsk was recently finalized, so it was much quicker than the train. Thanks for the road trip Michał! Gdańsk event, held at Inkubator Starter, was just a little bit smaller with around 170 attendants, but still I met few friends, some from Gdańsk and some from Wrocław who moved to Gdańsk meanwhile.

Later I stayed for the weekend with two of them and their three adorable cats: Lucek, Ori and Ari. Thanks for the place and all the fun!

I called my talk “Sweet sixteen: A handful of object-oriented programming principles”. There were 16 because it was round, 8 is too small and 32 is too big. Also a catchy title, I thought. Actually none of principles I talked about was strictly about Java despite me being PGS Java folks representative. Some of them are about object oriented programming, some about software development in general and some going even beyond that in their scope. I did some research, wrote additional three blog articles in the process and assembled the slides. Finally I’ve used five articles, grouped in Sweet Sixteen category now:

Feel free to check them out. The video plus slides are available on Vimeo. 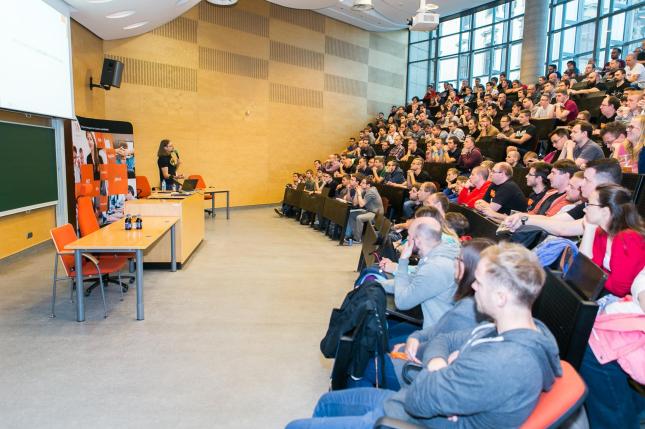 Second talk: You can hack everything

Piotr’s talk was a bit longer than mine. The main thought was that we live in a world where literally everything has some kind of electronics in it, is connected to the Internet or lives in the Internet itself. As a result it can be exploited. Some examples he talked about were:

Piotr showed plenty of examples from his experience and performed some cool on the spot action as well. Really entertaining stuff for everyone at least remotely connected with IT, not just software developers.

Video summary of Gdańsk edition is available on Vimeo too. Since reactions to both events were very good, we are likely to go ahead and do the same in our third city: Rzeszów, but it’s still early to talk about this in any details (HR? are you there?). Anyway, it was actually my first (and second) public talk. Before, I was presenting for roughly fifty people, all of them either from my company or my university. It is a bit scary, at first, to stand in front of 250 people, strangers in majority. You might think a lot then, that they are all just waiting for you to make a mistake or say something stupid to mock you. Or waiting for you to freeze and be unable to utter a single word. But it’s not the case. You start, you catch the connection with your audience, you get into the flow, and then your story unveils and the magic happens. I really enjoyed that magic, so it is likely, that you will have more occasions to meet me at real events in the future, not only from behind the firewall ;) See you in person!

Most importantly, I’d like to say big thank you to everyone involved in the organization of Software Talks, I over 25 people in total. You guys did a wonderful job and I love all that positive energy you put into it! Can’t wait for the next one :)

One response to “Software Talks Wrocław and Gdańsk Sep 2016”